New sensors are easy to install, even in confined spaces

Hioki is pleased to announce the launch of the CT9667 series of flexible AC current sensors in mid June. The series includes small-diameter sensors with cables that are thinner than those of the previous product, allowing easy installation even in settings such as electrical equipment whose wiring is becoming more complex and intricate with each passing year.

Development Background
Hioki has long sold clamp-on current sensors capable of measuring current in a contactless manner from outside a conductor’s insulation. These offerings include flexible current sensors for customers who need to measure large currents on the order of thousands of amperes. The flexible design of these sensors not only facilitates safe measurement, but also allows the devices to be used with conductors that cannot be measured with clamp-on ammeters with rigid cores.

CT9667 Series Features
1. Smaller sensor cable diameter for greater ease of use in confined spaces and locations with complex wiring
In addition to the CT9667-03, which has the same cable diameter and measurable conductor diameter as the previous product (CT9667), the new series includes the CT9667-01 and CT9667-02, which both offer a smaller-diameter cable than the previous product. The new designs make it easy to install the sensors in even more confined spaces.

2. Improved environmental resistance
The CT9667 series features enhanced environmental resistance compared to the previous product in the form of a broader operating temperature range, and the CT9667-01 and CT9667-02 have earned certification under the IP54 standard for water and dust protection (flexible portion only; this level of protection does not apply to the CT9667-03).

The IP code is determined based on measurements and testing carried out in accordance with the IEC 60529 international standard.

About HIOKI
Established in 1935, HIOKI E.E. CORPORATION (TSE: 6866) has grown to become a world leader in providing consistent delivery of test and measuring instruments through advanced design, manufacturing, and sales and services. By offering over 200 main products characterized by safety and quality while meeting an expansive range of applications, we aim to contribute to the efficiency and value of our customers' work in research and development, production and electrical maintenance. HIOKI products and services are available around the world through our extensive network of subsidiaries and distributors. IInformation about HIOKI is available at www.hioki.com. 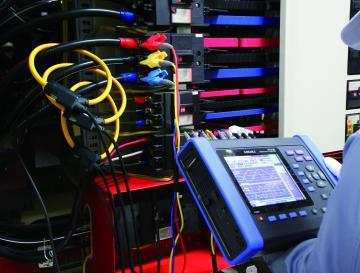