Pass-Through Current Sensor Measures 2000 A AC/DC at High Precision, Making them Ideal for Evaluating EV/HEV Inverters that Exhibit Increasingly Large Currents
April 23, 2019 - Nagano, Japan
Hioki is pleased to announce the launch of the AC/DC Current Sensor CT6877, a pass-through current sensor capable of measuring large currents of up to 2000 A AC/DC with a high degree of precision.

In addition to its ability to measure large currents, the sensor has a wide frequency band and excellent noise resistance, prerequisites for properly evaluating inverters (devices that convert DC to AC) used in electric vehicles (EVs) and hybrid vehicles (HEVs), a class of devices that continue to move toward ever larger currents and higher-frequency switching.

DEVELOPMENT BACKGROUND
The automotive market’s global transition to EVs began gathering momentum during the second half of 2017. In recent years, manufacturers have been moving large vehicles such as buses and trucks to electric drivetrains, creating demand for the ability to measure currents in excess of 1000 A.

In addition, adoption of SiC/GaN elements*1 in inverters is driving increases in power conversion unit switching speeds (on/off cycle speeds)  and efficiency. Consequently, the industry demands current sensors that can measure larger currents with greater precision over a wider band of frequencies and in a broader range of operating temperatures than ever before.

Last December, Hioki launched the AC/DC Current Sensor CT6875 (rated for 500 A) and CT6876 (rated for 1000 A), which support larger currents and higher frequencies. The addition of the CT6877 (rated for 2000 A) to the line provides another option for customers in the form of support for a broader range of research and development applications.

KEY FEATURES
1. Hioki’s first pass-through current sensor to support 2000 A currents
Most large currents are divided into two to four wires. In the past, it was necessary to measure wires individually using multiple current sensors due to the devices’ insufficient aperture size and current ratings. The optional Sensor Unit CT9557 provided functionality for adding together the sensors’ measured values in such setups and outputting the result as a single signal.
Thanks to its large, 80 mm aperture, the CT6877 can accommodate four wires with an outer diameter of 31 mm (equivalent to a cross-sectional area of 250 mm2). In this way, a single sensor can be used to collectively measure wires carrying up to 2000 A.

2. Broad frequency band
The CT6877 has a frequency band of DC to 1 MHz, placing it among the best-performing pass-through sensors rated for 2000 A and making it ideal for measuring currents being switched at high frequencies by SiC/GaN elements.

4.  Guaranteed accuracy when used in combination with a power meter
Since the company develops both current sensors and power meters, Hioki is able to guarantee the combined accuracy of the products when used together for greater customer peace of mind. Used in conjunction with a high-precision power meter such as Hioki’s Power Analyzer PW6001, the CT6877 can measure currents with a high degree of accuracy. ※1 Silicon carbide (SiC) and gallium nitride (GaN) are being used as replacements for silicon (Si) in the manufacture of next-generation semiconductors.
Download compete catalog for the CT687X series
About HIOKI 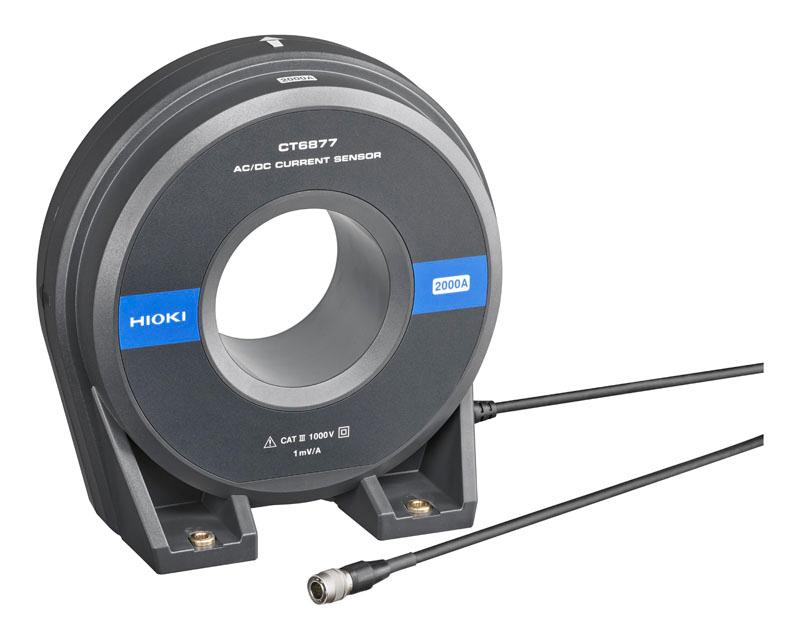 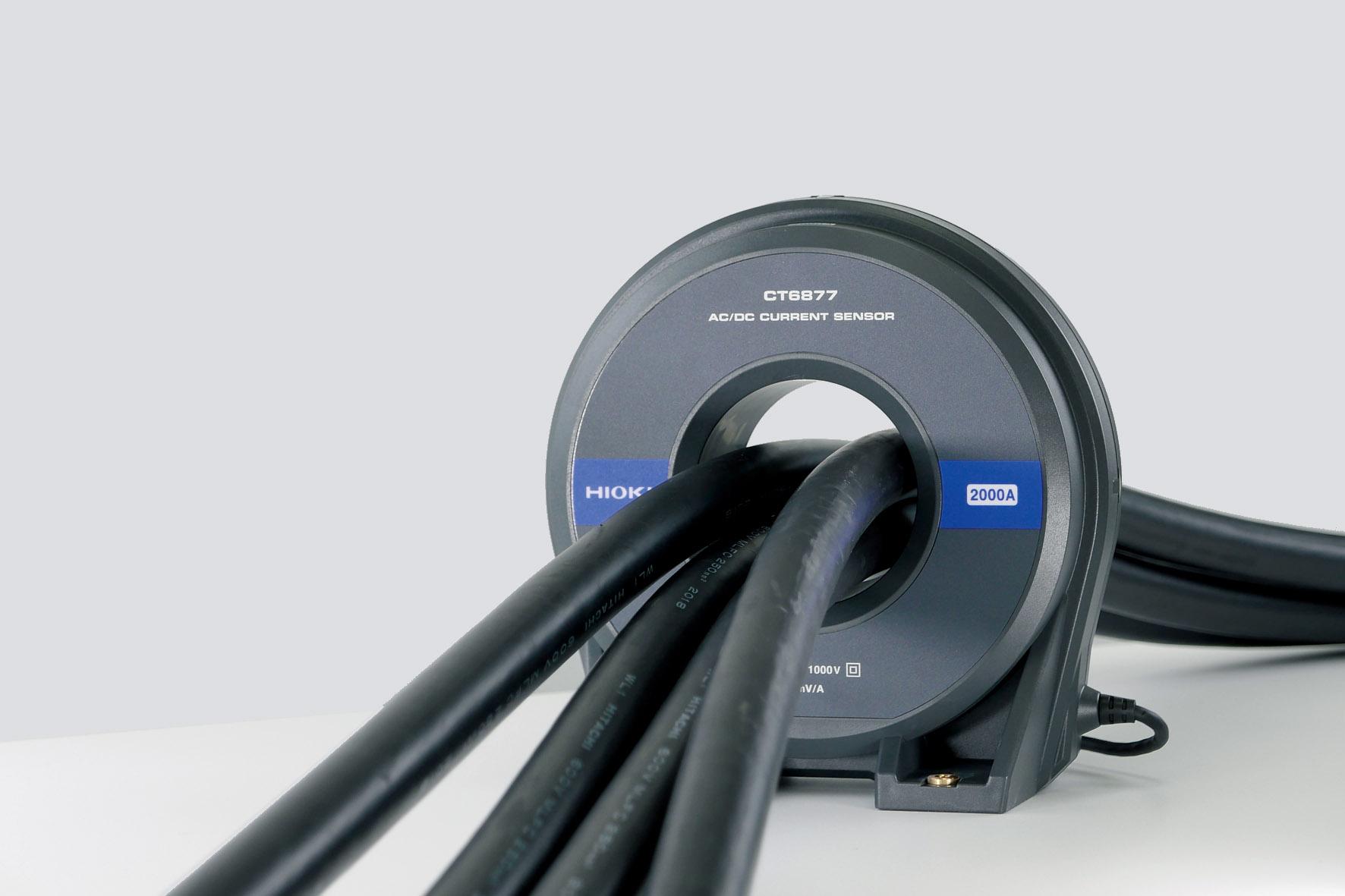