Both products are designed for use in evaluating and testing the performance of electronic components used in products such as smartphones and hybrid vehicles. To accommodate vehicle components with increasingly high breakdown voltages, the SM7120 is the first insulation tester in the world to be able to output a measurement voltage of 2000 V (the SM7110 supports measurement voltage output of up to 1000 V). In addition, both products can complete testing twice as quickly as the previous Hioki model while offering dramatically improved measurement reproducibility and noise resistance. As a result, the new instruments promise to significantly improve evaluation and testing productivity.

Development Background
As products such as smartphones, wearable devices, and hybrid and electric vehicles (HVs/HEVs) have become more popular, the market for electronic components such as laminated ceramic capacitors, common-mode filters, and SAW filters has grown. Manufacturers of these products must measure resistance values to test performance as part of the production process.

For manufacturers that mass-produce electronic components, the ability to quickly measure large quantities of parts is key. Due to the increasingly high breakdown voltages of capacitors used in automobiles, instruments must be able to measure resistance using high-voltage output in order to assess the performance of those components.

Hioki set out to meet these and similar manufacturer needs by developing the world’s first instrument to be capable of measuring insulation resistance with high-voltage output of 2000 V while achieving measurement speeds that are twice those of the previous product.

PRODUCT FEATURES
1. World’s first 2000 V measurement voltage (SM7120 only)
Electronic components used in hybrid and electric vehicles are characterized by increasingly high breakdown voltages. The SM7120 can output a measurement voltage of 2000 V (SM7110: 1000 V), allowing it to evaluate the performance of electronic components with high breakdown voltages. The SM7120 is the world’s first insulation tester to be capable of outputting 2000 V.

2. Double the testing speed of the previous model for reduced test times
Both products feature test times as short as 6.7 ms (0.0067 sec.), twice the speed of the legacy model (DMS-8104). For component manufacturers, faster testing translates into higher productivity.

3. Improved measurement reproducibility and noise resistance for improved productivity
The new instruments deliver measurement reproducibility and noise resistance that are dramatically improved compared to the legacy DSM-8104. Variability in measured values during repeated normal measurement under the same conditions has been reduced to 1/60 of the previous level[BR1] . In addition, variability during the injection of 50 V noise has been slashed to 1/300 of the previous capabilities.  These enhancements improve testing productivity by boosting measurement stability.

Established in 1935, HIOKI E.E. CORPORATION (TSE: 6866) has grown to become a world leader in providing consistent delivery of test and measuring  instruments through advanced design, manufacturing, and sales and services. By offering over 200 main products characterized by safety andquality while meeting an expansive range of applications, we aim to contribute to the efficiency and value of our customers' work in research and development, production and electrical maintenance. HIOKI products and services are available around the world through our extensive network of subsidiaries and distributors. Information about HIOKI is available at www.hioki.com. 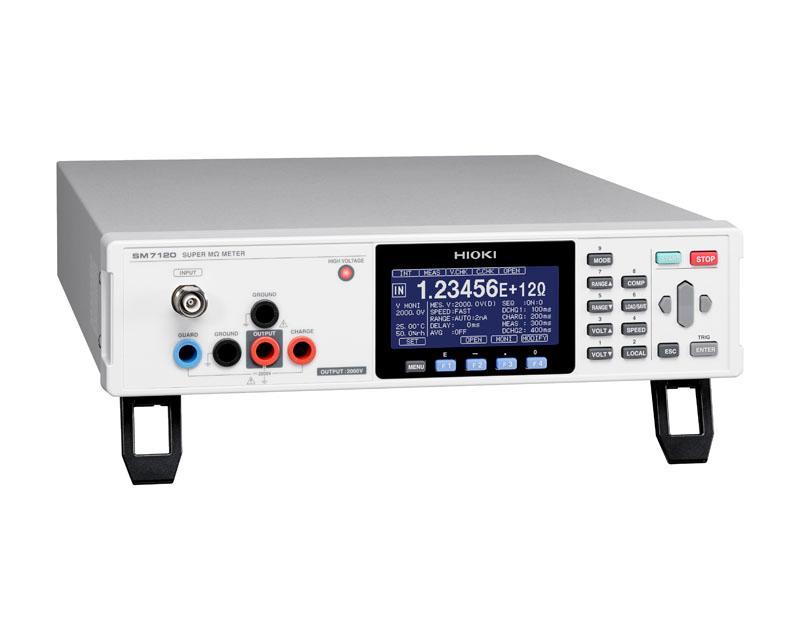