Measure the Core Loss of Filters for Commercial Power Supplies

Power converters such as transformers are widely recognized as one of the necessary components of an electrical distribution system.  Similarly, inductors such as coil, choke and reactors used as filters in power supplies play a large role in storing and transferring energy in the power converters.  Due to the importance of these devices, researchers and manufacturers have been placing increasingly stringent requirements on power converter efficiency.

Power converters typically consist of magnetic cores because of their high magnetic permeability.  However, magnetic cores also have side effects.  In AC devices, they cause energy losses, called core losses or iron losses, due to hysteresis and eddy currents, because of the changing magnetic ﬂux field within the material.

Evaluating core loss of magnetic cores provides a way to identify the eddy-current and hysteresis loss models, and can also be used to evaluate total loss so as to make the converter device as efficient as possible.

How is Core Loss Measured?

Core loss is often measured using the Epstein frame method which comprises a primary and a secondary winding.  Although core loss can also be measured by a power meter or power analyzer, a high speed multi-channel data acquisition device such as the Hioki Memory HiCorder MR8847A can also be used to measure the voltage on both the primary and secondary sides.

Memory HiCorders are powerful general purpose data acquisition devices that offer simultaneous but completely isolated capture of multiple signals along the same time domain.  Paired with the appropriate input modules, current sensors and sensor output devices, you can meet a diverse range of applications in all industries. 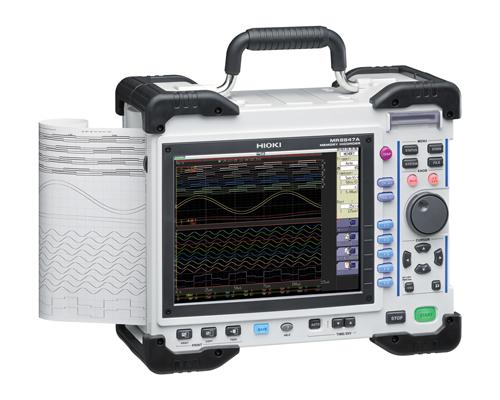 To measure core loss, use the MR8847A’s powerful waveform calculation function to calculate the magnetic flux density B and the magnetic field H. 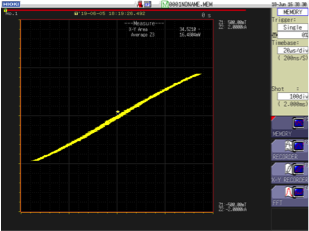