Home Knowledge Center Basics of Electricity What is Resistance?

What is resistance? Explanation of the fundamentals of resistance, calculation methods, and resistors

If you’re like many people, you might have heard of resistance but don’t really understand it. That said, you may be hesitant to ask people about it now. Put simply, resistance is a force that counteracts the flow of electricity.

Resistance influences the flow of electricity. This page offers basic knowledge about resistance, along with a detailed explanation of topics such as calculation methods and resistors.

Resistance to electricity–that is, electrical resistance–is a force that counteracts the flow of current. In this way, it serves as an indicator of how difficult it is for current to flow. Resistance values are expressed in ohms (Ω).

Resistance can be calculated as a value using the voltage and current in the circuit. 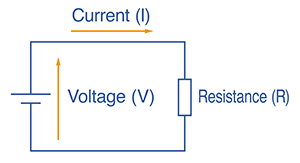 In principle, resistance is determined by the type and temperature of the substance through which the electricity is flowing, as well as its length. Generally speaking, electricity flows more readily through metals due to their low electrical resistance, which varies with the type of metal, increasing in the following order: silver → copper → gold → aluminum → iron. Additionally, resistance decreases with temperature, while increasing temperature means increased resistance. 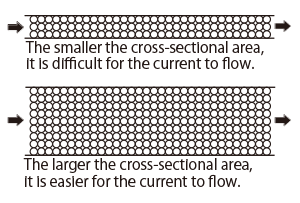 Electronic circuits need resistors in order to operate under appropriate conditions. Resistors are made of materials that resist the flow of electricity as it passes through them. In this way, they can control the flow of current throughout a circuit. When current is reduced by a resistor, the surplus electrical energy is converted into heat. 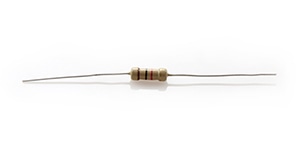 Resistors are available in a variety of types, including the following principal varieties: 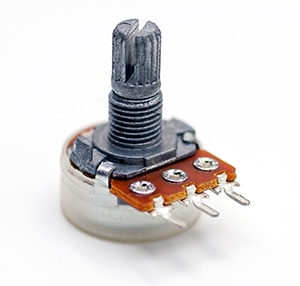 Resistors are essential in order to facilitate the appropriate flow of current.

Digital multimeters are necessary in order to measure whether resistors are operating properly. Why not try measuring resistance while referring to the method described above?